Home » First Class Travel Blog » Why are you Afraid to Claim your Elite Benefits?

Why are you Afraid to Claim your Elite Benefits?

If you’re a road warrior or even a weekend warrior, you fly tens, if not hundreds of thousands of miles a year. You sleep in dozens and dozens of hotel beds each year. You give your loyalty to hotels and airlines and fight to get that well earned status. So it begs the question… why are you so afraid to speak up and claim your elite benefits when they’re not granted to you?

Each year we give our hard earned time and money to many airlines and hotels. Because of that, we get a lot of elite status. Currently, we hold:

There’s not an airline family we don’t have some status with and a decent hotel chain where we aren’t top tier. For that loyalty, we expect to be rewarded in kind. Upgrades? Yes please. Free breakfast? Of course. No change fees? Obviously. Late check out? Duh! Priority Boarding? Wouldn’t expect anything less. Frequent flier programs and hotel programs are loyalty programs. They were created to garner your wallet and keep your loyalty from other companies. That’s what they were originally intended for, but as of late they’ve turned into giant money grabs (another topic for another day). But just as you’re loyal to me, I’m loyal to you. At least that’s the way it should be. If the premise of a frequent consumer program is loyalty, whether that’s with an airline or a local sandwich shop, I would expect to be compensated. The company is then, in turn, compensated by my revenues. Seems simple, right? You scratch my back, I got yours.

Oh, I don’t want to bother…

I’ve seen a rather disturbing trend lately among a number of groups that I subscribe to, both online and offline. I’m not sure what’s going on, but as of late I’ve seen more and more people who feel like they shouldn’t have to ask for their elite benefits when they aren’t being given to them. It’s almost as if they feel they’re being a bother to the person or the company in asking for their benefits.

If you’ve flown the miles, and you’ve spend the money, and you’ve slept in the beds… why not also expect something in return? Now, with that said, is there a right way and a wrong way to ask for benefits? Absolutely. You can be a giant a$$ when demanding your benefits or you can be polite yet firm when you know that you’re in the right.

We wrote a post about Marriott Hotels and their Platinum (Titanium) arrival benefits and what you should do if you’re not granted them. If you haven’t read that, go there. It’s a good primer to how a lot of this started. 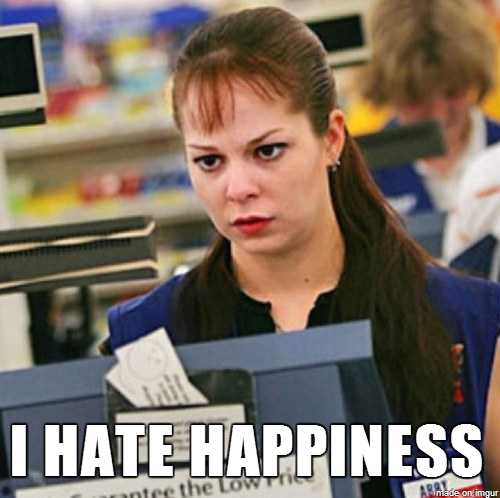 If the hotel does not give you your arrival gift at check in, you’re entitled to a compensation from the hotel. Depending on the brand of the hotel, the reward can range from $25 to $100. The wording is VERY SIMPLE:

Check out this when you check in: As a Platinum or Titanium Elite member, you’ll receive a special gift upon arrival at participating hotels, with a choice of an amenity gift or points. If guarantee is not met, guest compensation applies.

What doesn’t it say? It doesn’t state that they must acknowledge your status or even acknowledge you for that matter. We’ve been to plenty of hotels where they say “we’ve given you breakfast as your amenity, if that’s ok with you…” And ya know what, that’s all they have to do. Guarantee achieved. But if you just give me my keys and send me to my room, I’m going to get that $100.

Do I need the $100? No. Do I deserve the $100? You’re absolutely right that I do. It’s a stated benefit in a program of which I’ve given over 1,000 nights of my life and countless thousands of dollars in return.

Do I need to be a jerk about it? Nope. Usually we tweet at Marriott and then call in to the platinum line. They’ll take care of informing the hotel on our behalf… yet still, the number of platinum and titanium members who “can’t be bothered” to ask for the $100 is beyond me. Airlines fall into this as well. If you’re not sitting in first class, many times elite members are given free alcohol in coach. I’ve sat next to 75k members on Alaska that for some reason were not on the manifest listed as such. The flight attendant didn’t have it on their chart so they didn’t give the free alcohol. What did they do instead or asking for it… they paid.

Again, the airline gets tens of thousands of my dollars a year from me and my businesses, so when the stated benefits are a free drink, I’m going to be polite, yet firm, in asking for what should be given to me.

You wouldn’t order a cheeseburger and fries and take a hamburger with no fries, would you? It’s exactly the same in my opinion.

I want to create some open dialogue in the comment thread and would love to hear about what you think. If you’re not given something that’s a stated benefit to you because of your loyalty what do you do? Do you leave it alone? Do you call it out? Do you stomp your feet and become “that guy?”

No nasty comments allowed, but let’s talk about why you do the things you do and what the root cause to all of this is.

Do you claim your elite benefits or are you one to just let it go?